Forge has had the ability to execute arbitrary Bash scripts on your server via Recipes for some time now. However, sometimes you may just need to run a quick command without the overhead of creating a new recipe.

So, today we're shipping a new Commands panel that lets you run one off commands from within the site's directory and as the correct user. 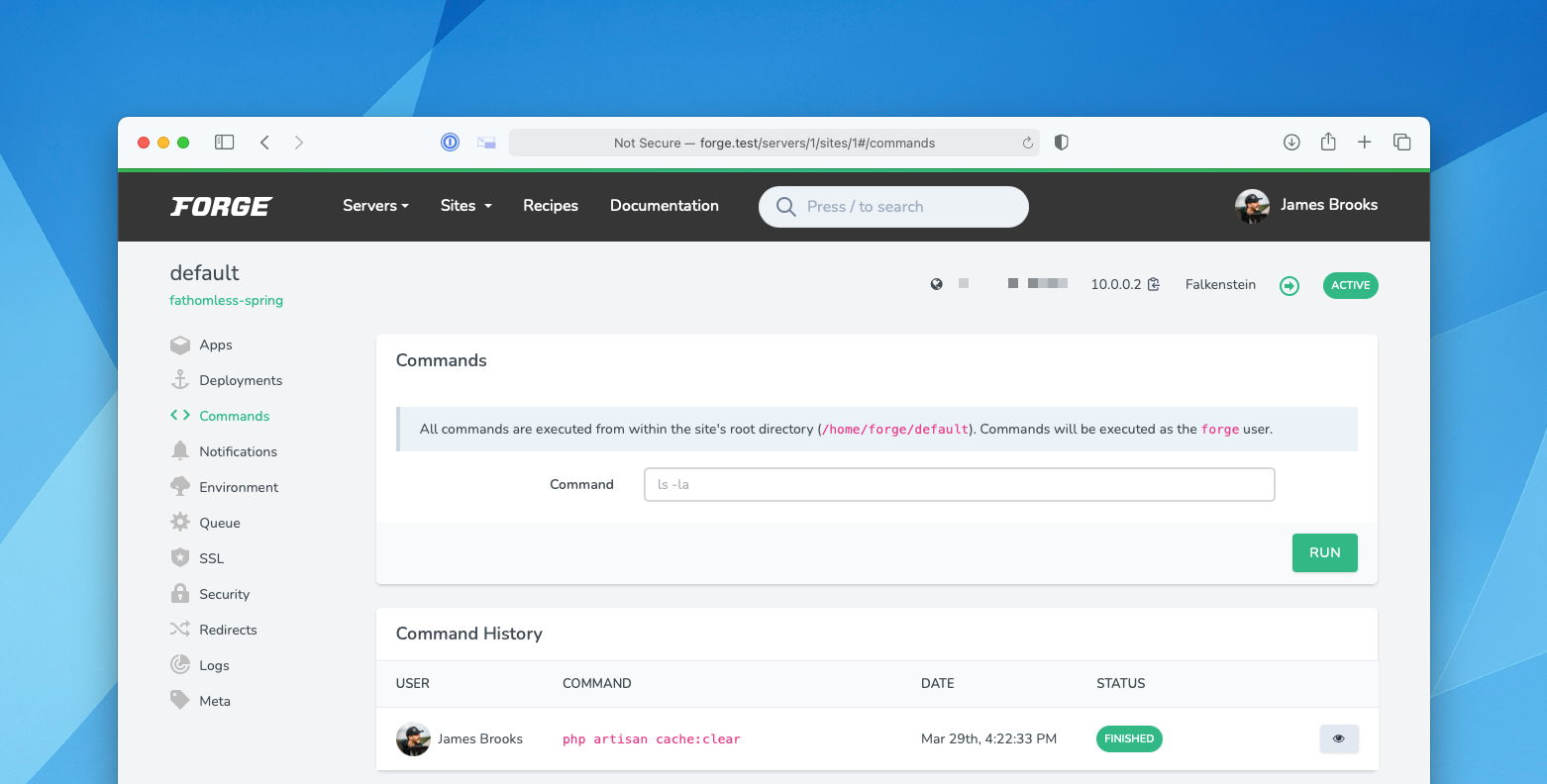 The last 10 commands will be logged in the Command History panel, along with the user who initiated it, the executed command, the command status, and the command's output. Commands which return a non-zero exit code will be flagged as failed.

You can watch a demonstration of the Commands Panel video on our YouTube channel.